Pietro Schumann, Author at The European 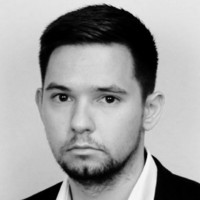 Pietro Schumann advises entrepreneurs on their business ventures in the Middle East and Northern Africa. Mr. Schumann studied Philosophy, Politics and Law at the Ludwig-Maximilian-University in Munich and the London School of Economics and Political Sciences in London. He completed his Graduate Traineeship at the European Commission’s Directorate General for Trade. He joined the Chamber of Industry and Commerce in Riyadh, Saudi-Arabia, and the Chamber of Industry and Commerce in Doha, Qatar. Thereafter, he worked for the Strategy Advisory Team of PwC, the Office of the Chief Financial Officer of Allianz and for the US financial services behemoth PayPal. He speaks German, English, French and Arabic.