Back to Red Square One? 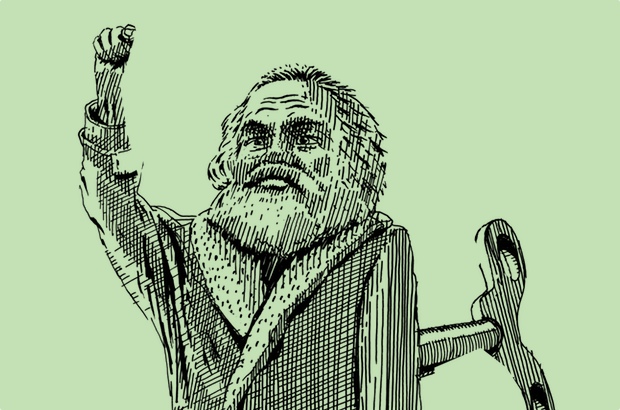 Never since the collapse of the Soviet Union has there been a more convincing time for a renaissance of communist theory than today. From Graeber to Žižek, Marxist thought is more popular than ever before. And yet, 25 years after the fall of the Berlin Wall, after the supposed “end of history”, and despite the deepest crisis of global capitalism ever, nobody seems to be advocating a return to communist politics. Why?

Unless a complex order distinct from liberal capitalism becomes conceivable for masses of people, the left can only propose a leap in the dark. But a movement with no imaginable design in view is unlikely to win the strength to accomplish the unimaginable.

The curtain will fall...

The only thing that keeps capitalism in place is the fearfulness of the Left. But an alternative scenario is not only necessary, it is also possible.

Communism is alive and kicking. One has to live in a bubble of privilege or ignorance not to notice.

We trust in capitalism to solve the ills caused by the capitalist system. Does one need to say more to make clear why we still need communism?

Communism cannot be revived. But a new revolution against the oppressive capitalist system is coming – we just have to recognize it.