The Tide is High 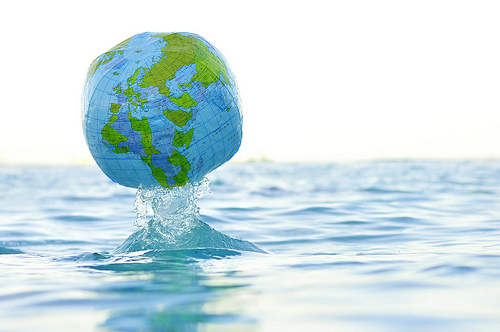 The Future of International Climate Politics

What future for International Climate Politics? While sea levels rise, nations dispute over how to avoid the pending climate calamity. But will it be enough to simply reduce emissions, or should we start to consider the alternatives?

The climate crisis will not stop at the American border. Luckily, we have the means to end it once and for all – but we must act fast.

While the “pay now or pay more later” logic may not appeal to the “climate justice” sentiments voiced at the last climate summit, it could help to motivate the actions needed to satisfy its goals.

Ignoring the history of emissions would be a mistake. But allowing economic concerns to swamp moral ones is an even bigger one.

By searching for climate governance only in the international arena, we risk missing the signs that can lead us in new, and potentially much more productive, directions.

The Fewer, The Better...

In the fight against climate change we should explore all options but one: giving up international cooperation.

International Climate Politics might have shortcomings but a world with weak commitments is still better than one without any commitments at all.