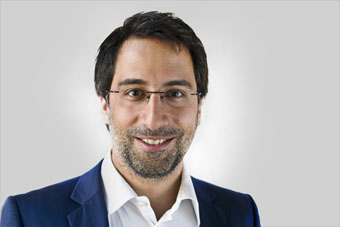 Alexanderplatz - one of Berlin's central squares, and the column of the Editor-in-Chief. Alexander Görlach writes about politics, culture and the course of human progress.

When Religion is taken...

Turkey transforms into a dictatorship. President Erdogan uses Islam to consolidate his power. So Turkey isn't a democracy any more. Is Islam to blame for this?

Makes it wonder that a policitians whose policies are often refered to as "without alternative" turns to the man of the categorical imperative when it comes to her decision-making? Angela Merkel and the search for the German soul.

Austria Is Just the Be...

The Alpine neighbor of Germany was prepared to swear in a far-right leaning President. What the heck?

We must distance ourse...

At least since the Apollo 8 mission humanity has known there’s no difference between races or religions. Trump, Le Pen, and co. are reverting back to the old ways with their bigotry.

When does a person get to be a human? At the moment this discussion is being carried out in Europe over refugees and their rights as they come to Europe. The German Chancellor has said multiple times that there are “universal civil rights” that the refugees are entitled to. Observers have wonder

On September 11th 2001 the world entered a new era of violence. In the end there will be less religion in the world, just like in Europe after 1648, when humanism and the Enlightenment unfurled their victory banners. Before us lie bleak years.

Hanging by a thread...

Angela Merkel’s chancellorship now depends on Mr. Edogan of Turkey and Mr. Seehofer of Bavaria. That doesn’t bode well for her. Meanwhile the Right is gaining strength throughout Europe.

Author and Islam critic Hamad Abdel-Samad has unpacked the stereotypes about the prophet of the Muslim faith and compiled them in a new book. But this is not religious criticism’s finest hour.

Yesterday, stubborn people made an erroneous choice because they are mislead enough to ignore the fact that their corrupt and inefficient domestic system is breaking their backs – and not an evil-spirited Europe.

Who knows about the In...

While Torsten Albig is having success within the SPD with abstruse ideas regarding the Internet, the Union is becoming a party of digital Titans. Philipp Mißfelder will advise the Internet star Peter Thiel in the future.