The Promise of European Dialogue | The European

Let us reason together!

Let us reason together!

Technocratic dictates are failing. To really answer the Tsipras challenge, let’s be citizen pioneers in a civic and open dialogue among Europeans on how to conduct ourselves. 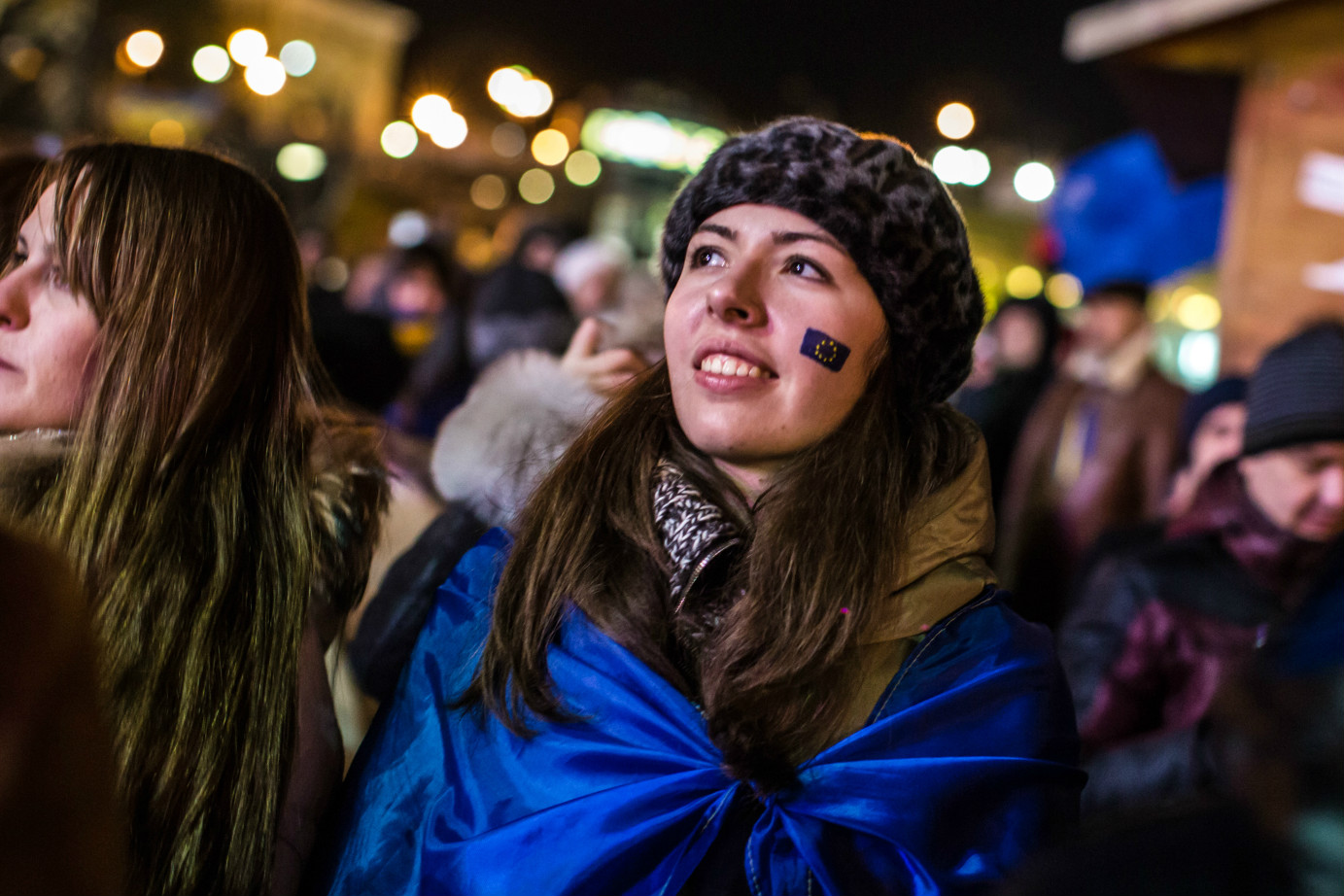 In this time of crisis, Europeans everywhere are claiming Europe to be more than a single market with a single currency, more than open borders, and more than nation states building common institutions in Brussels to achieve more together than on their own. But Europeans clearly do not agree just what they mean with “more” – what the added value may be, this idea of Europe beyond the Euro, Erasmus programs, or Brussels. And the current logic of politics by technocratic negotiations of nation states is preventing debates to answer that strategic question.

Prime minister Alexis Tsipras of Greece has recently smacked the question of “more” on the European agenda with a bang. The way he frames it “more” means “solidarity of the strong with the weak beyond the neoliberal market mafia”. Socialist and nationalist collectivists cheer him on all over the continent, and leftist intellectuals nod their heads to it, while the other European heads of state, first of all Angela Merkel, are scrambling to dodge a real response to the Tsipras challenge.

Sure enough, the Tsipras challenge to define the idea of Europe is merely the latest effort to turn the European Union from an incomplete project of freedom for everyone into a socialist project where many in name, and few in reality, live off the achievements and pockets of others. It is a cynic irony that Tsipras uses the horrific decay of Greece, a failing state run down by its elites through corrupt and populist favor politics and assisted too long by European policy makers who looked the other way, to call for a continuation and Europe-wide extension of said favor politics.

Yet, as this Monday’s agreement to pave the way for a third package of help amply demonstrates, European heads of state dodge this fundamental question of the greater purpose of the European Union. They are caught up in a game of negotiating national interests. In this game, the Tsipras challenge is a national one, not a challenge of ideas, or in this case, ideology, about the good life and just institutions in Europe. The main concern of heads of state is to negotiate conditions for a deal for Greece that allows heads of state to maintain majorities in national parliaments both appalled, or charmed, by the Greek bang.

The result of these national negotiations is yet another technocratic compromise, mainly between France and Germany, that allows all national governments to lay the blame elsewhere, most likely in Germany. It basically updates an agenda of reform policies Greece has resoundingly rejected in an absurd referendum merely eight days prior, and now has no chance but to swallow, quite literally because there is nothing else to chew on. While I agree with much of the substance of this reform agenda, the inevitability of it both demonstrates and disgraces the low quality of European democracy.

It’s the logic of national politics, stupid, that brings about the newest version of a failing technocratic dictate. To be sure, it is an important logic, and I even admire the devotion to endless negotiations and compromise. Non-violent negotiations about the welfare of other states are a civilizational progress other regions of the world can only dream of.

But the logic of national politics does not have the resource of ideas, nor the capacity of imagination that we so desperately need to build a free continent of opportunity for all. Heads of state will never really answer the challenge of ideas to say what “more” means. It’s not in the logic of their job.

The idea and a narrative of what Europe is to be in the world, what the purpose of all our institutions and habits is to be, and what the vision is that guides us into a better future – all of that can only spring from a second logic, the civic logic of an emancipatory dialogue among European citizens.

And so it is overdue that we, the people of Europe, and the generations that care more about the future than the past or the present, start our own conversations about our vision of a good life and just institutions in Europe. Let us stop whining that we want governments to involve us more in a Europe of citizens, and let’s start to involve ourselves better.

So I challenge us all to become citizen pioneers in joining an “Civic Open Dialogue of Europeans”. It’s first and central subject should not be the vision or mission of Europe – but what it means to us personally to be European, what we expect from ourselves and others, in short: how we should conduct ourselves as Europeans.

By discussing this both personal and fundamental question, we would seek to understand each other better; we would shape European discourses that transcend national discourses, tilling a field that can be farmed by the European parliament; but best of all, we would learn to change ourselves to become living exemplars of a better Europe.

The power to change ourselves, our ideas, and others – that is the promise, and has always been the delivery, of dialogue, of that common European heritage of Jerusalem and Athens dating back to “Come now, let us reason together” in Isaiah 1:18, and to the dialogue in the Socratic tradition. And as Immanuel Kant had hoped, we would make public use of our reason to enlighten each other.

Such open dialogues need transnational publics that focus the debate. And so I call on digital media platforms such as “The European” to establish conversations between Europeans from Porto to Kiev, and from Heraklion to Bergen. This also includes publishing non-English columns, such as this one, in English from time to time. It is essential to the success of such dialogues that think tanks of political parties and NGOs, intellectuals and scientists, journalists and members of political parties take part in the conversations, and extend them into their respective communities.

I also ask software engineers to come up with ways to visualize facts and their interpretations – the contestation, or acceptance of facts, and maps of conflict and consensus in interpreting those facts. Democratic philanthropists should get together and invest in this effort to give birth to a new level of European discursive democracy. The King Baudouin Foundation has experience with such dialogues – it could be a driver of civic dialogue again.

If I may paraphrase Robert Kennedy: Few of us will have the greatness to bend history itself, but each one of us can work to change our own habits, and thus a small portion of future events. In democracies, it is from numberless conversations that our decisions are framed, and a common history is shaped. Each time we reflect a problematic experience in public, or speak up for a good idea, or understand each other more, or inform our leaders better, or solve a problem together, we make a little progress. And all these steps of progress, from a million different centers of dialogue, together build a mighty current towards a better Europe.

It is a long way to establish a second civic logic for Europe. It is also the project we need to devote ourselves to in order to avoid pitting nations against nations; to transcend national perspectives to build a European view on the world; and to unite our diversity productively. Let us go the next step in building our European democracy – a truly European public.

Is the idea of a civic and open dialogue amongst Europeans an utopian project? I do not think so. It is a matter of personal decision, and of civil coordination. It starts, dear reader, with your decision to share this article and your views. The floor on facebook and Twitter, and the comments below, is yours! 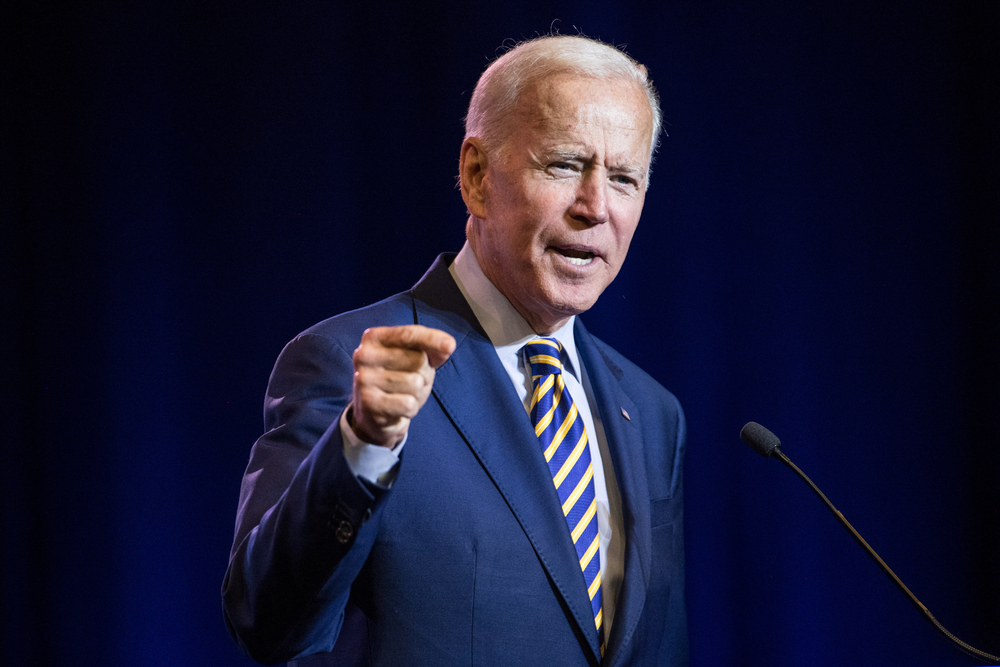 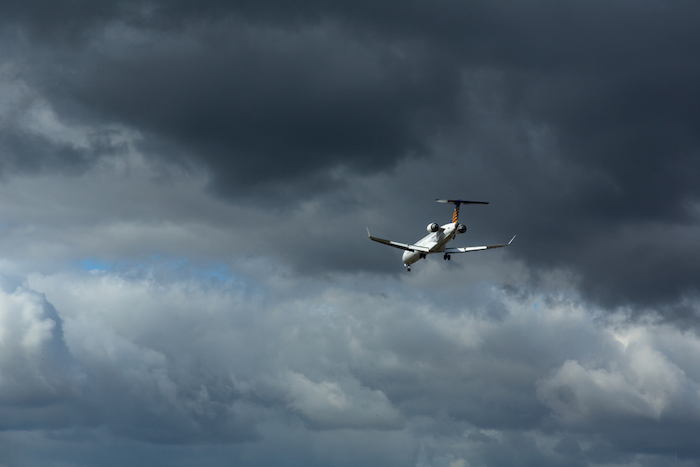 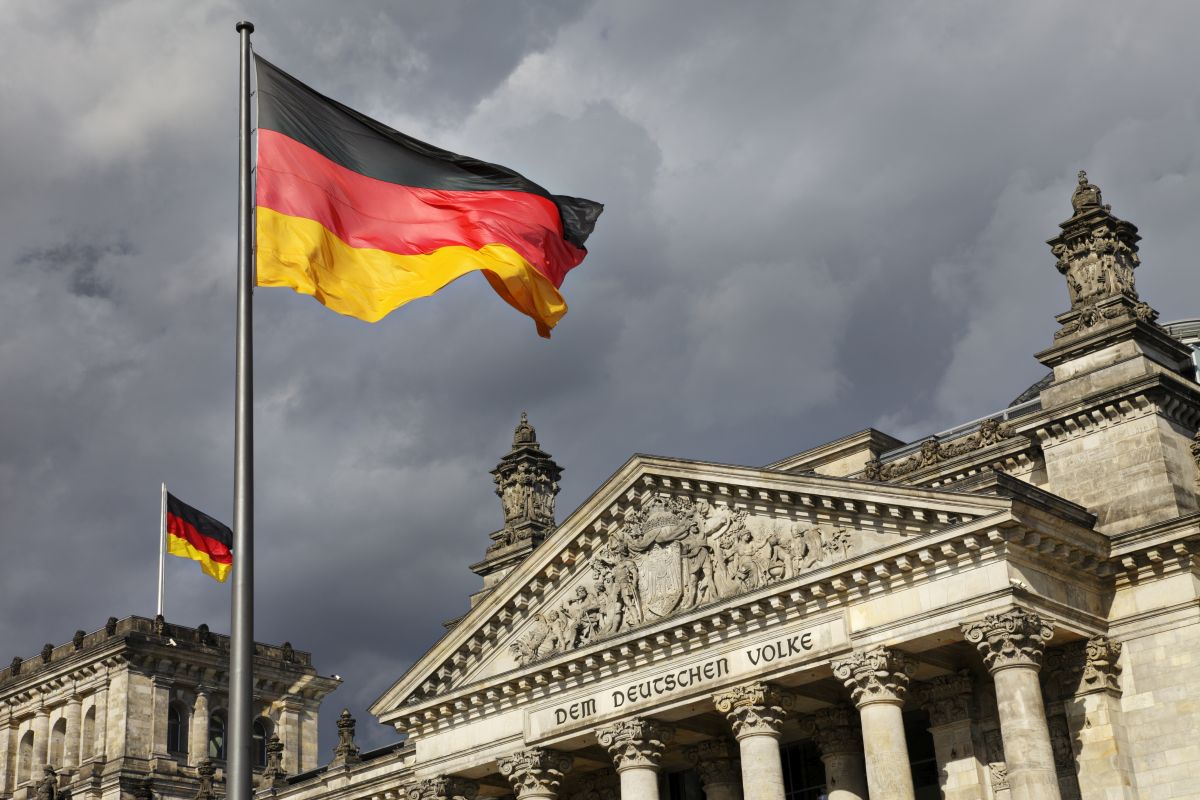 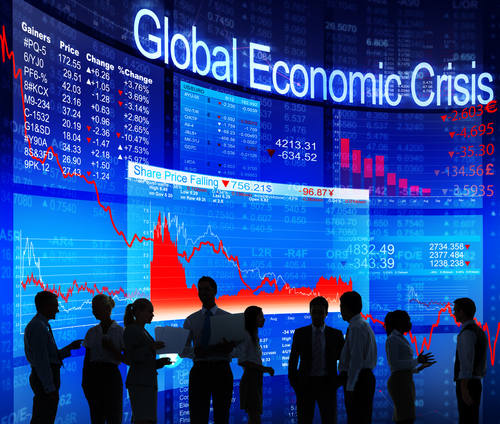 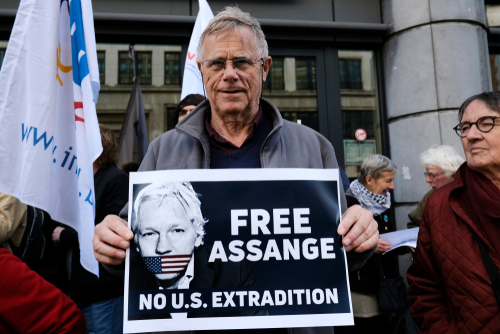 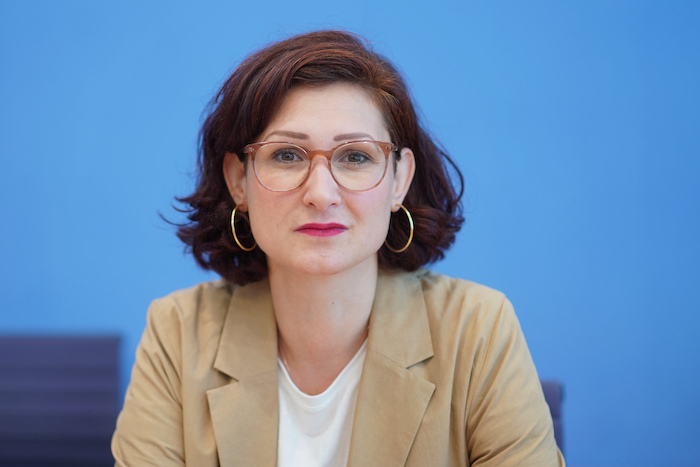 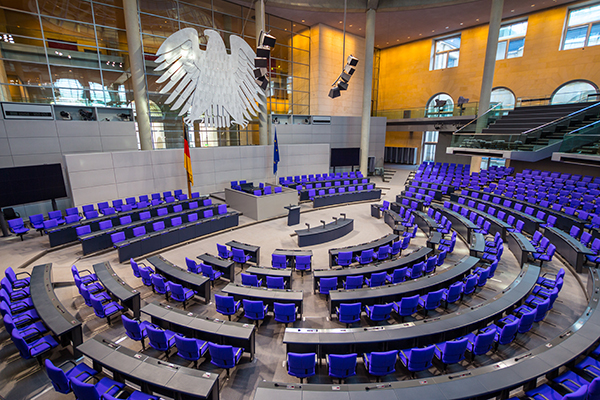 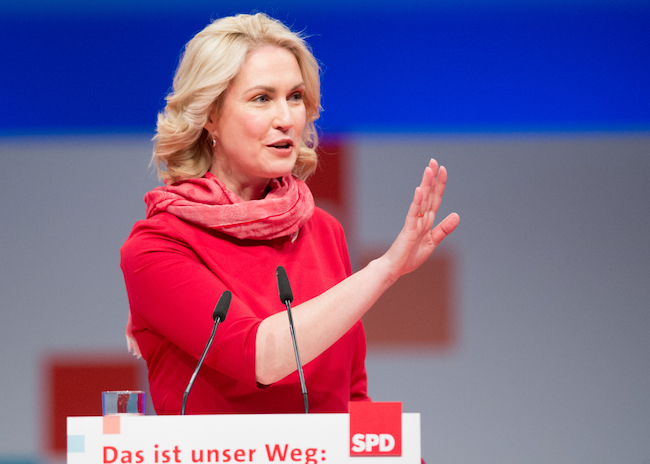 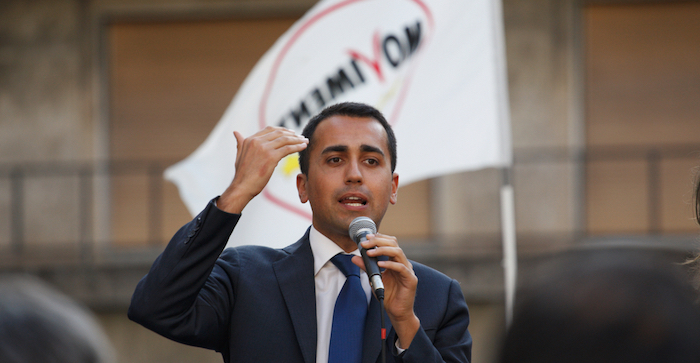 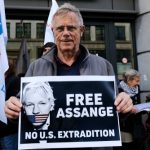 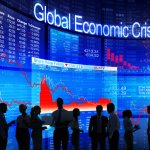 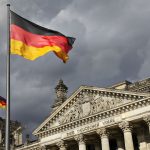 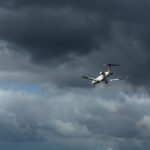 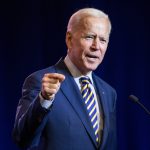